Whether your sales engagement process uses social, email, phone/voicemail or a mixture it better include one element. No, it's not the world's greatest sales engagement software. It's the ability to provoke conversations.

Sounds obvious but are you skilled at provoking conversations -- or relying on automation technology and templates to engage?

The difference is getting yourself paid.

This article explores the new trend of Conversation Enablement and how provoking curiosity unlocks conversations and meetings.

What is sales engagement?

The term "sales engagement" relates to interactions between a salesperson and a potential customer throughout the sales cycle. Particularly in the courtship phase. These interactions relate to any form of sales outreach such as email, InMail, social, text, and/or phone.

Ideally, engagement is an asynchronous (delayed) online exchange of information with an inbound or outbound lead, leading to a synchronous offline conversation. A meeting.

One popular sales engagement process is the PVC formula: Personalization, Value and Call-to-action.

However, in my experience (talking with our members) conventional processes aren't generating enough conversations. This is because most sales engagement processes seek meetings rather than conversations.

The problem with sales engagement

In theory conventional sales engagement sounds great. Engage and earn meetings. Engaging with buyers creates a stronger and healthier relationship, which is the foundation of modern sales and social selling.

Whoops. Then reality sets in.

In practice, traditional sales engagement processes have serious weaknesses. They tend to:

"Sales Automation has legitimately ruined the use of email as a sales prospecting medium," says Ryan Lallier of SalesGevity. "This is because we taught people how to become experts in sales automation platforms instead of experts in research, deep thinking and email copy."

"Leadership has been lazy and thought shiny objects would solve for real problems," says Ryan.

Chris Beall, CEO at ConnectandSell seems to agree. He says, "All text-based communication is cheap to copy, and a copy is rarely as trusted as the original.

Email’s strengths doom each email to be another bit of noise trying to rise above a sea of noise," he says.

Conversation Enablement focuses on provoking curiosity in potential customers. The philosophy is fundamentally different in a handful of ways. These include:

Selling is a process. Take it from Spark Selling Academy alumni, Michael Wager, "These things take time, I closed a deal this week that began in March last year, but both sides are clear on what needs to happen to achieve the agreed outcomes... so it's time well spent!"

So, why rush the meeting? Instead, consider conversation enablement -- the process of starting, advancing, and/or restarting conversations to see if further interaction is appropriate.

No spamming, no call-to-action, nor meeting requests. Instead, curiosity-driven provocations which give potential customers space to develop intrigue.

The harsh truth is our genuine intention to help isn't enough to break through noise created by aggressive sales engagement tactics. Decision makers see us as low-skilled spammers -- with due reason. We blend in with mass spam. But what if we could stand out with a different kind of sales engagement process?

Most sales outreach messages say too much, too fast. Consequently revealing our intention and driving customers away. Truthfully, "adding value", educating and/or offering help aren't bad ideas. However, in practice they are received as, at best, condescending. At worst, revealing our ulterior motive.

Everyone knows why you're so helpful and eager to educate. So you can sell!

Conversation Enablement changes the game by embracing how jaded customers are -- and how easily they detect ulterior motives.

Conventional wisdom says, "My emails will not earn responses if they don't pose value." But Conversation Enablement challenges this statement.

Conventional wisdom ask, “Why should someone give you 15 minutes of their time if there is no value in your email for them? They shouldn't and they won't.”

But what if your cold email avoided asking for a meeting?

What if asking for meetings and striving to deliver value tends to create resistance?

(Spoiler alert: It does)

“Doubt kills more dreams than failure ever will”, says Suzy Kassem. So ask yourself, how willing are you to fail? Sales outreach is becoming increasingly difficult. But only due to lack of creative thinking and relying on templated automation.

But it doesn't need to be this way.

Consider experimenting and testing your sales outreach messages. Don't be afraid to fail. That's a part of the process and your development. Don't believe me? Take it from sales trainer Benjamin Dennehy,

"When I first started doing what I do, she'd (his wife) hear me sitting in my study... and I'd be doing all the techniques I tell people they should do -- failing (over and over). But I knew it's 'cause it was me delivering it badly, saying it wrong.... And I had to just keep on practicing it and eventually I got it -- now consistently works. "

As good as this sounds, it didn't happen for Benjamin overnight or in a couple of days. It required him to challenge himself.

How serious are you?

Join me in resisting the temptation to believe customers will agree to a meeting based on an email request—without having established their own reason to?

Avoid begging for meetings. Instead, provoke. Leave enough space for curiosity to happen.

Learn a less coercive method to help customers feel a need to start developing a desire to meet.

Come and learn more about unconventional tactics like this in our online academy. 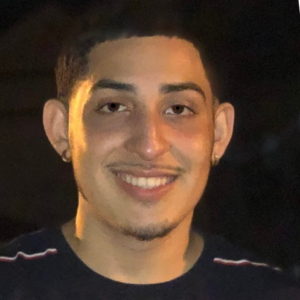 The Customer Success and Marketing Manager of Communications Edge Inc. Dante gives our customers and internal team everything needed to stay focused, on-task, effective and successful. He gives us an organizational, marketing & customer support edge. When he's not directly supporting others you'll find Dante facilitating discussions in our member Forum -- and provoking thought on CE's LinkedIn company page. In his free time, you'll probably catch him watching football and monitoring his favorite leagues and players.

How to start sales conversations

The 1 way to always get appointments on LinkedIn

How to start a sales conversation

Building trust in emails: It may sabotage you (and what to do instead)